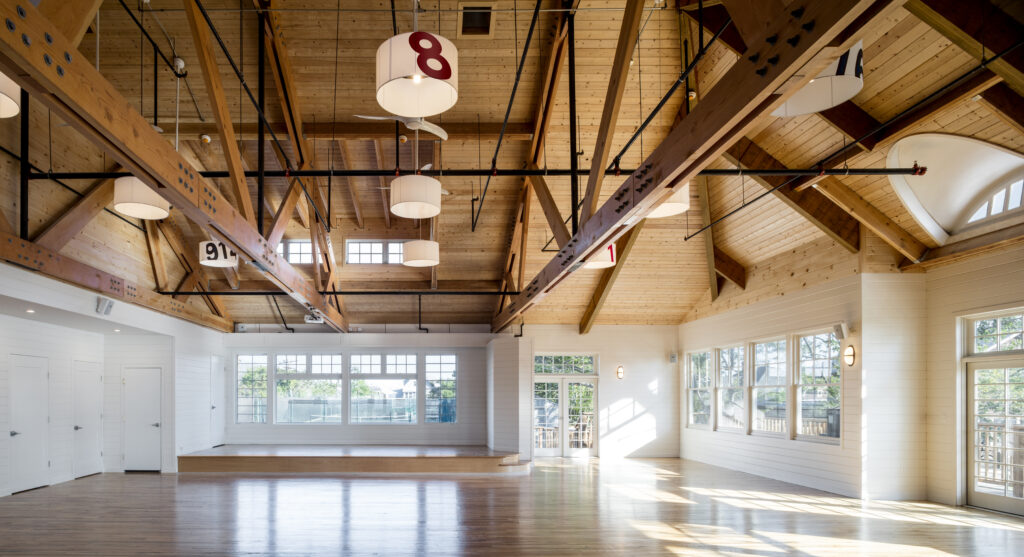 Collaboration, creativity, and integrity. These are the three core values of LoDuca Associates, an award-winning construction company operating out of Blue Point NY. LoDuca’s CEO Renee Guerrieri mentions these values very early on in our conversation, and it strikes me throughout that they are not merely used as buzz words to establish a particular reputation but rather that they are deeply woven into the fabric of the company and all that they do. “All of our core values stem from my father,” Renee says, “and the employees we hire have to embody and uphold them.”

When CEO Renee joined LoDuca Associates back in 2007 she did so on what was meant to be a temporary basis. “I came in at first to help out during a period of transition,” she says. “I’ve been here almost fifteen years now, and I plan to be here forever.” The reflection is a testament to the company which was started by Renee’s father thirty-nine years ago, and the positive workplace culture that has driven LoDuca’s success ever since.

Richard LoDuca is Renee’s father and current President of LoDuca Associates. Richard started the company in 1983 as a home developer, and by 1987 had broken out into the public works and commercial contracting sector. Today, LoDuca Associates has a four-decade long portfolio under their belt with a diverse range of projects including high-end residential, ground-up construction, renovations, alterations, and additions. Though their journey thus far has led them down different paths in terms of the work they do, LoDuca’s “people first” approach has remained in place through every twist and turn. The name of the company itself was well thought out by Richard, who knew from day one that behind every successful business is a solid team.

“He was very set on choosing ‘associates’ because he knew from the start that the company was not just him, it was him and his team,” Renee says. LoDuca Associates is a company that was quite literally born of a team mindset, and so it’s no wonder that today they’ve got a great team of people behind them with a staff retention record that we don’t see too much of anymore. “A lot of our employees have been here for ten years or more,” Renee says, “a lot for twenty years or more, and some for as long as thirty-six years.”

A happy and hardworking workforce directly reflects the success of a project, and this is certainly the case for LoDuca Associates. LoDuca Associates are, as any great construction company should be, hyper-focused on the work that they produce. To get a true understanding of what LoDuca Associates are all about, I asked Renee to talk me through some of the projects they have completed in New York and beyond. “Long Island Railroad has been one of our biggest clients for almost forty years,” Renee says. “We’re very proud of that work and have built great relationships with project managers and clients, but we’re not just a railroad contractor.” Renee goes on to talk about some of the standout projects that really capture the company’s build with precision ethos.

First up is the Ocean Beach Ferry Terminal, a 6,000 square foot ground-up construction development which recently won an award for excellence through ABC. “It was built next to the water which presents a lot of challenges,” Renee says. “We have a staff of in-house carpenters, and so we did almost the entire project with just our staff. The truss work inside is absolutely beautiful. It’s a project we get so many compliments on, and we’re very proud of it.

“We have a staff of in-house carpenters, and so we did almost the entire project with just our staff.”

Renee tells me next about a glamping site they recently built for Collective Retreats. This is not the typical kind of project that springs to mind when we think about a construction company, and it is one that really showcases the diversity in LoDuca’s work. “We built a glamping site out at Governors Island for Collective Retreats, whom we have a great relationship with. They recently asked for one of our employees to be flown out to their Texas site for a project. It’s amazing – they have sites all over but wanted to use our guy.”

Next up is the construction of a museum paying tribute to true American hero Lt. Michael P. Murphy, a US Navy SEAL Officer who was awarded a Medal of Honor for his actions during the war in Afghanistan. “The Michael P. Murphy Museum was built due to the donations of people like us,” Renee says. “We were able to donate a large portion of framing work to the project, and we were very excited to be a part of that. We’ve done a lot of fundraising with those guys too, supporting their mission over there.”

Another standout project for LoDuca Associates is their Gotham Greens development, a 65,000 square foot greenhouse built on top of a 4-storey building in Jamaica, Queens. “Gotham Greens are a very successful greenhouse and produce growing company,” Renee tells me. “Building on top of the roof presented tremendous challenges, but we worked really well through it.” This is another example of LoDuca’s wide range of skills in the built environment, and one that ring true to their company motto – if you dream it, we’ll build it.

It’s evident that for a company like LoDuca Associates to select just a handful of standout projects is no easy feat. Renee also talks with pride about the Jamaica Theatre Control Centre, MTA Headquarters and Saltaire Yacht Club, each of which offers an exciting new insight into the true potential of modern-day construction.

Though the level of quality produced by LoDuca Associates is clearly evident in the projects themselves, LoDuca have put in place certain certifications and benchmarks to ensure that that quality is never in question. As Accredited Quality Certifiers, LoDuca Associates pledge that the company is committed to providing their clients with the highest quality construction services, and that they deeply care their employees and the communities in which they build. “We felt like the AQC pledge strongly aligned with who we are as a company,” Renee says. “We’re extremely transparent with clients, subcontractors and employees and we take safety on site very seriously, so this just puts a stamp on what we’ve been doing for the company’s entire existence.” The AQC pledge lets LoDuca’s clients know that their carpenters are receiving continued education through the program, while from a marketing perspective it allows LoDuca Associates to highlight potential new clients.

LoDuca Associates have also introduced benchmarking tool STEP to their practice to further ensure quality and improvement across the board. They achieved Platinum status through the program when they first implemented it last year. The only status above that is Diamond and that’s something they continue to strive towards. “Achieving Platinum status confirmed that our safety standards are really in line with industry standards. STEP helps us analyze and measure where we are, and where we need to improve.”

Renee talks with gratitude about how LoDuca Associates were blessed with a steady flow of essential work during the pandemic, and it’s evident that that blessing has not gone unnoticed by the LoDuca team.

Another word that drives our conversation along with LoDuca’s three core values is the word ‘gratitude’, which many of us have come to use to reflect on and appreciate all that we’ve got. Renee talks with gratitude about how LoDuca Associates were blessed with a steady flow of essential work during the pandemic, and it’s evident that that blessing has not gone unnoticed by the LoDuca team. “We had a responsibility to really appreciate the fact we weren’t affected like others were.” Renee says. “We’ve worked harder than ever to appreciate and protect what we have.”

For LoDuca Associates the pandemic set in stone what they’ve been preaching all along: it pays to have a solid foundation underneath you. That is, a team of people who love their work, take pride in what they do as if it’s their own, and trust their leaders to carry them through times of uncertainty. A well-established foundation that existed pre-pandemic is what allowed LoDuca Associates to fall into step with the new normal that stopped some construction companies in their tracks, and march forward into an unknown future without fear nor falter. “It threw us for a loop for a second, but we found our footing really well,” Renee says. “It was amazing to see the company come together as a team and not skip a beat.”

LoDuca Associates moved forward into 2022 with that same solid team along with some new hires they gained over the course of the pandemic and are now projecting their biggest year yet. “2022 will be a year of more strategy and honing in on future plans,” Renee says. “I’m excited for the year ahead. The fruits of our labor will be seen and we’ve got a lot of work on the table. I’m super confident in the team we have in place, and I am so grateful.” 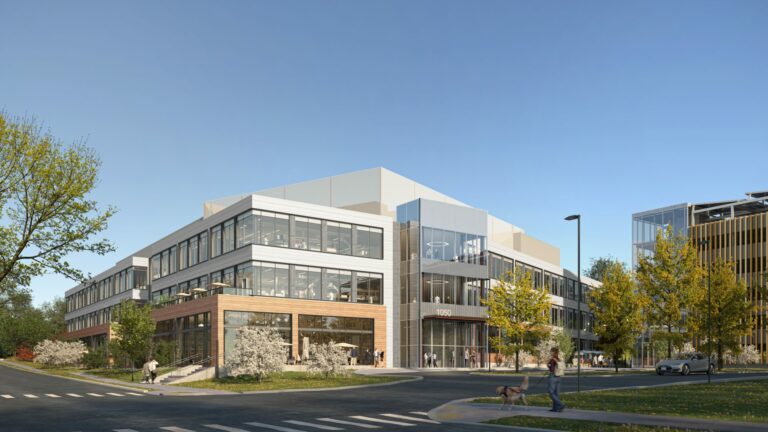 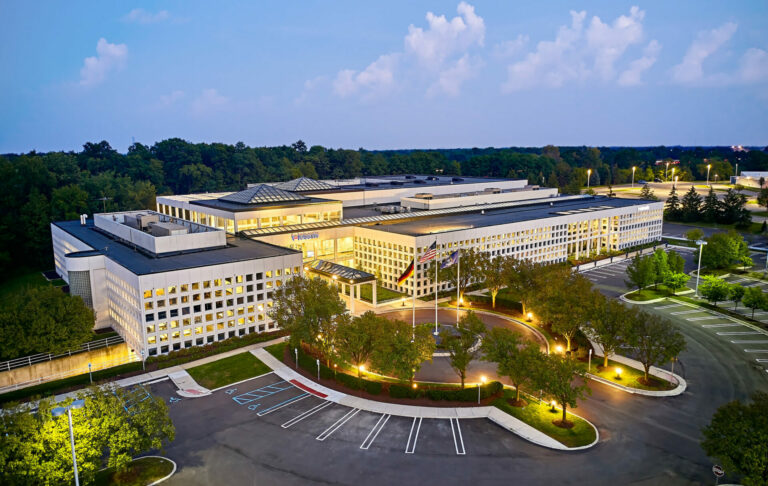 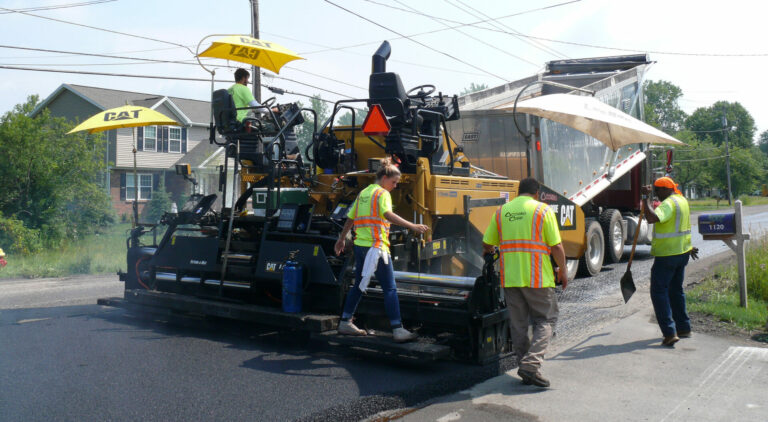 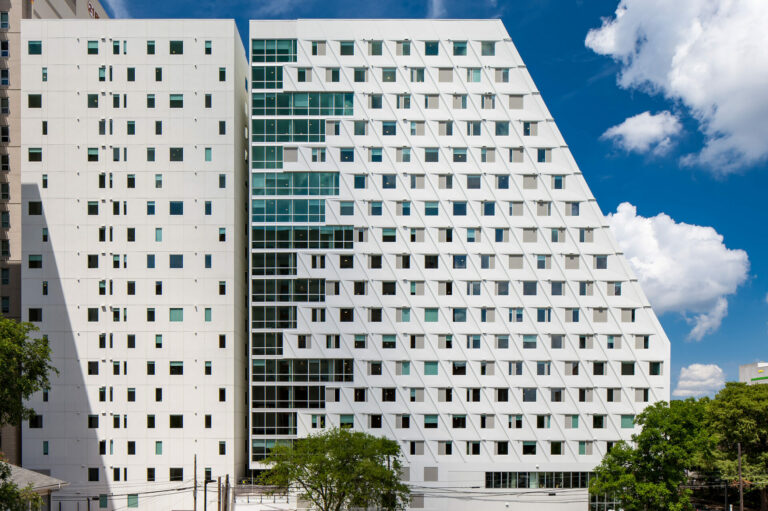 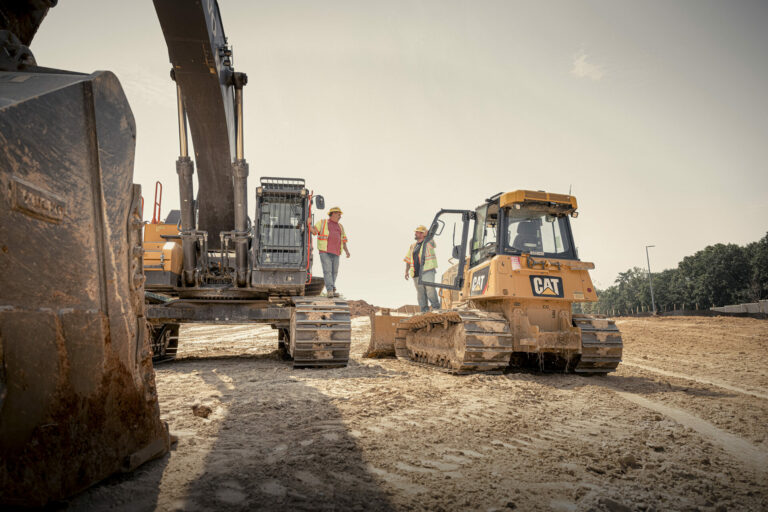